Dains Accountants in Stoke-on-Trent organised an evening of fun and laughter to give a huge boost to mental health charity North Staffs Mind.

The Stoke office co-ordinated a side-splitting comedy night for staff, friends and family members to raise £2,250 for the independent Potteries-based organisation.

Top comedians Chris Washington and former Britain’s Got Talent star and headline act Daliso Chaponda took centre-stage during the evening which took place at The Genting Casino in Stoke-on-Trent on Thursday 24th October. 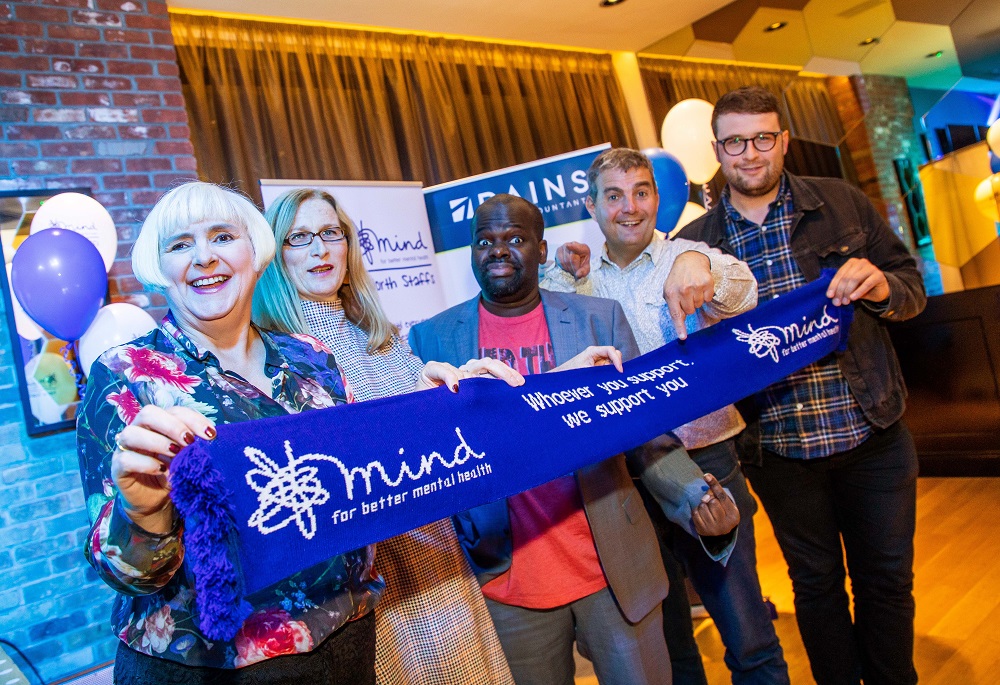 The event, which also included a fundraising auction, was compered by experienced after dinner speaker and comedian Dave Bryon.

Fantastic prizes were up for grabs in the auction including a pair of tickets for a show and overnight stay at Resorts World, Birmingham, two tickets in a Genting box at Manchester United or Liverpool FC and a case of Tattinger champagne.

Two tickets for a box at Liverpool FC attracted the biggest bid of £525 from one of the guests on the night.

All proceeds from ticket sales were donated to North Staffs Mind and Genting Casino raised £1,300 alone towards the total amount.

Julia Peat, Business Development Manager at the Dains Stoke office, co-ordinated the fundraising event and was delighted with the support it received.

Julia said: “The comedy night was a fantastic event and was extremely well supported by the local business community, colleagues and their friends and families.

“Everyone had a fun evening and we were pleased to raise so much money for North Staffs Mind which is our office charity this year.

“I’d like to say a big thank-you to everyone who attended the comedy night and helped to make it an evening to remember.”

Karen Wilson, Chief Executive of North Staffs Mind, attended the evening to meet staff and thank them for their support.

Karen said: “It’s official that laughter is good for your wellbeing. There was a fabulous turnout for the comedy night organised by Dains.

“We’re thrilled with the amount of money raised which will go towards the continued provision of vital services for local people experiencing mental health issues.”