Dains Accountants have kicked off an exciting partnership with Sleetmoor United Football Club by sponsoring the Girls Under 10 team.

The company is backing the side which are one of the teams at the newly formed community club in Derbyshire.

ADASC FC, GFC Alfreton Girls and Ladies and Leabrooks Juniors Football Club have all teamed up to form a single club with one vision.

Over the years all three clubs have had a huge impact on the Derbyshire community- giving young people the opportunity to take part in grassroots football, make friends and have fun.

Now the club’s goal is to be home to one of the premier grass roots football facilities in the East Midlands and has unveiled ambitious plans to achieve that aim. 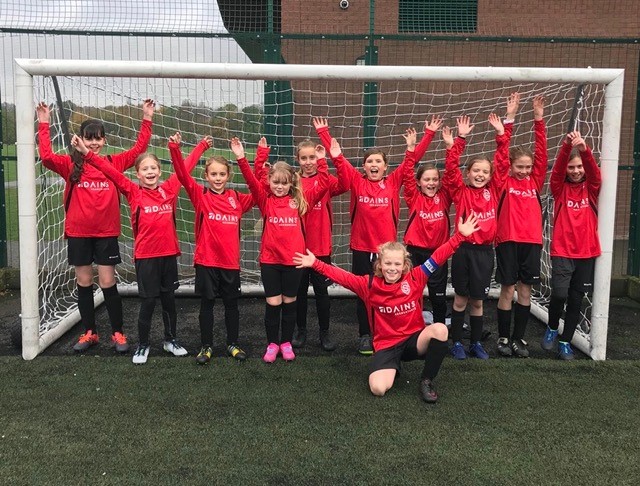 The Under 10 girls team have started their new season in the Derbyshire Girls and Ladies League and Dains are sponsoring the team kit which the side are wearing proudly on matchdays.

Dains, which has offices in Derby and Burton, are hoping the sponsorship heralds the start of a winning journey for the club and the Under 10 girls team which kicked off with a 2-2 draw in their first game on November 9th.

Lisa Richards, Office Partner at Dains Derby, said: “We are pleased to sponsor the under 10 girls team at a club which epitomises grassroots football at the heart of the local community.

“All three of these clubs have brought joy to thousands of families across Derbyshire over the years and these are exciting times for a club which now has a new identity and a clear vision for the future.

"As a company which is committed to supporting the local communities on our doorstep, we look forward t playing a part in the Sleetmoor United FC journey and wish the Girls Under-10 team every success for the season ahead."

Sleetmoor United is working with a range of partners, incuding the Football Foundation, Football Association and local authorities to raise around £2 million to fund its plans and is already over halfway towards that target.

Proposals include creating a floodlit all weather (3G) pitch, a state-of-the-art clubhouse, better grass playing surfaces and an option to secure the land for the long term.

Sleetmoor United Coach Keith Cosgrove said: "We are very grateful to Dains for sponsoring our Girls Under 10's team.

"The team have made agood start and I'm confident they will be around for many years to come.

"The plans we have outlined aim to take grassroots football in Derbyshire to the next level."