Ten staff from the Dains Birmingham office completed the Simplyhealth Great Birmingham Run to raise over £1700 for SIFA Fireside.

Dedicated runners at Dains Accountants clocked up the miles at the Simplyhealth Great Birmingham Run to raise over £1700 for charity.

The team from the company’s Birmingham Office took part in the event to raise funds for SIFA Fireside which provides vital services for homeless people across Birmingham.

Ten staff took part in the popular race across the UK’s second city and were roared on by family, friends and work colleagues. 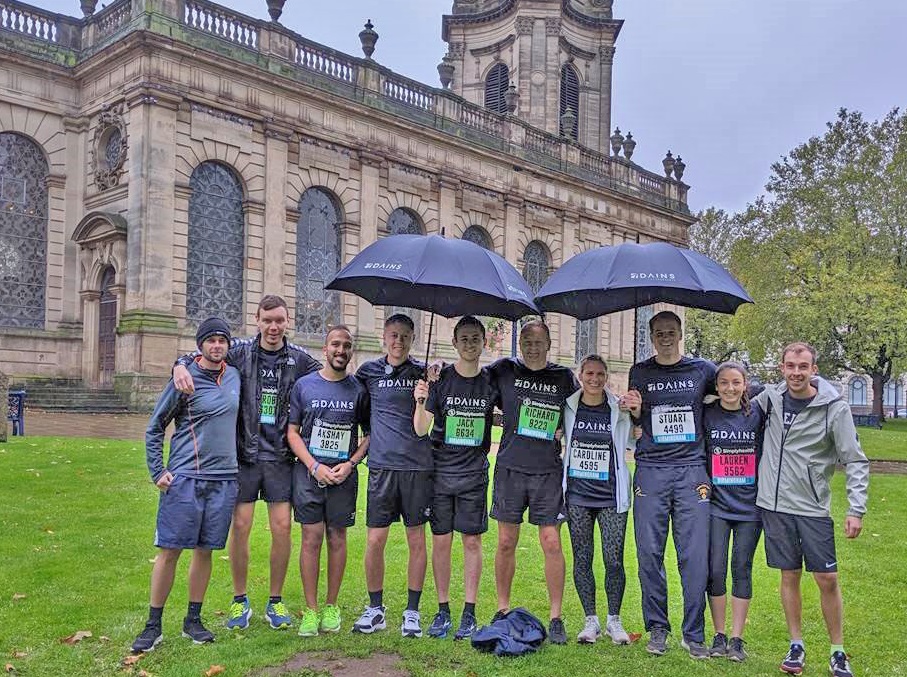 Dains Accountants is heavily involved with local charities and community activities and SIFA Fireside is the Birmingham office’s chosen charity this year.

SIFA Fireside provides a range of services for the homeless in Birmingham including emergency accommodation, clothing, food, housing advice and much more.

It helps people who are having trouble with their accommodation and places a particular emphasis on supporting rough sleepers.

All staff that took part trained hard in the run-up to the event and were delighted to complete the run as a team for a worthy cause.

Thomas Rosen, Audit Senior at the Dains Birmingham Office, said: “Completing the Great Birmingham Run was very much a team effort and we all thoroughly enjoyed the experience.

“The race generated a fantastic atmosphere and we all feel proud to have taken part in this event to raise money for our dedicated office charity, SIFA Fireside.”

Donations for SIFA Fireside are still flooding in via the JustGiving page: https://www.justgiving.com/fundraising/dainsbirminghamhalf

Thomas added: “We are pleased to have raised over £1600 so far and are very grateful to everyone who has supported us and helped us to raise funds for this very worthy cause on our doorstep.”