A team from Dains’ Birmingham office and Dains Cake Club took part in the 100km Peak District Ultra Challenge. The team walked through the scorching heat of the day and the mental lows of the night to complete the 100km in one go.

They have raised £5k for their chosen charity, Edward’s Trust, which is a fantastic achievement. Edward’s Trust offers support to children, young people and families facing loss and surviving bereavement across the West Midlands.

Michael Bevan, Chair of the IIP Committee for our Birmingham office said: “Edward’s Trust is a specialist holistic bereavement charity based in Birmingham that provides support for families in the West Midlands. As with many smaller charities, Edward’s Trust has had its income substantially reduced due to COVID-19 hampering fundraising efforts. We took on this challenge to raise as much as we could so that they can continue to provide much needed services to bereaved families.”

The team faced sunburn, blisters, exhaustion, sunstroke and mental highs and lows, but said it was all worthwhile knowing the great cause they were helping.

Dains would like to congratulate Hoan Nguyen, Michael Bevan, Eddie Prasad, Kodi Beveridge-Smith, Tom Glendenning, Elliot Troth and Sam Millward for their outstanding achievement. Richard McNeilly, CEO said: “This is what I love about the people at Dains; they care, not only for their clients but for the community and each other. I know there were times when completing this challenge that some suffered real lows, but working as a team they supported each other to achieve their target.”

Claire Pearson, TrekMaster said: “I wanted to congratulate the Dains team that raised money this last weekend by walking 100km in the Peak District. I was the TrekMaster that stayed with them on the second half, leaving at midnight. I just want to commend them for their efforts, their team spirit and their determination in completing this challenge. It was a hard challenge and they all did brilliantly. I hope their efforts are duly recognised! It was a pleasure to spend time with them.”

Upon conclusion, Edward’s Trust commented “A massive well done to the whole team whatever distance they crossed the line! We are all so very impressed and also so amazed at how much money you were able to raise!!! Epic!!!” 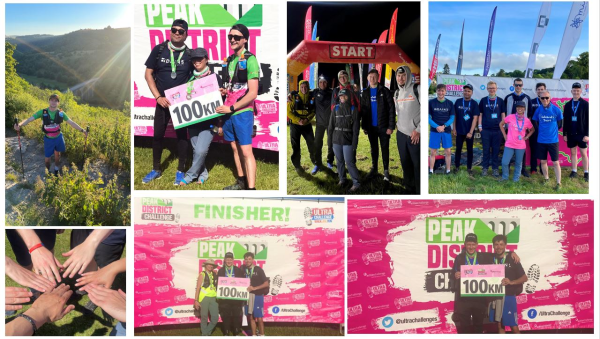