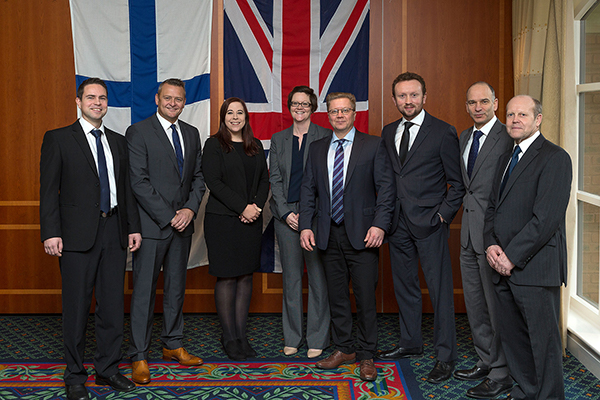 The Dains Corporate Finance team has recently advised the shareholders of IC Electrical Limited (“ICE”) on a sale to Finnish-based VEO.

Vaasa-based VEO has acquired a majority stake in ICE, a UK-based company that specialises in industrial electrical installations.  VEO develops automation, drives and power distribution solutions for the energy and process industries and provides its products and services to customers across Europe.  VEO and ICE have worked together in the UK for more than ten years, as the UK is one of VEO's key growth markets.

VEO’s CEO Marko Ekman said “ICE’s extensive experience in the UK market combining with VEO’s products and expertise creates a strong foundation to build on.  Growth and internationalisation will continue to play an important role in VEO’s plans for the future.”

ICE’s Managing Director Tim McNeilly said “This acquisition represents a positive step forward for VEO in the United Kingdom and is evidence of our genuine desire to continue on the path of growth in spite of the uncertainty created by Brexit.  ICE offers engineering, design, control panels and installations that complement VEO’s existing range of products and services.”

ICE shareholders Tim McNeilly and Chris Emmerson were advised on the sale by Jenny Moore & Roy Farmer of Dains Corporate Finance.  Sarah White of Dains provided tax advice to the shareholders, with legal advice provided by David Kaplan of Nelsons.

What our client said

“Dains have worked with us for around 10 years, and having assisted ICE develop its growth strategy over that period were the obvious choice to work with us on the deal with VEO.

Jenny Moore and Roy Farmer assisted on the transaction, particularly in the early part of the deal by creating a solid valuation model that was clear and concise and stood up to due diligence, and Jenny continued to work closely with me throughout the entire deal process.

There were also some complex tax matters to deal with which were managed by Ann Diggins and Sarah White at Dains.

Dains are unlike some other accountancy practices and attended meetings out of hours so that our usual business days were not disrupted, and it also helped that Dains has a Midlands-wide office network and was able to host meetings in central Birmingham when required.

I look forward to continuing our strong relationship with Dains whom VEO have retained for the compliance services, as this is another valued service that Dains has provided me with previously, led by Mark Hargate and his audit team.

Overall a great effort from a great team.”

Jenny Moore of Dains Corporate Finance said "It has been a pleasure working with Tim & Chris on the sale.  We were delighted that we were able to reach a deal which satisfied the short-term goals of the shareholders whilst at the same time formalising the strategic relationship with VEO, which allows the combined business to accelerate its growth plans here in the UK.

We set ourselves an ambitious timetable to complete, but with the willingness of all parties we were able to conclude the transaction as envisaged with minimal disruption to the on-going business.”